The role of the Monaco Digital Advisory Council, which is made up of international experts in the digital field, is to advise the Monegasque authorities on the development of a digital strategy. 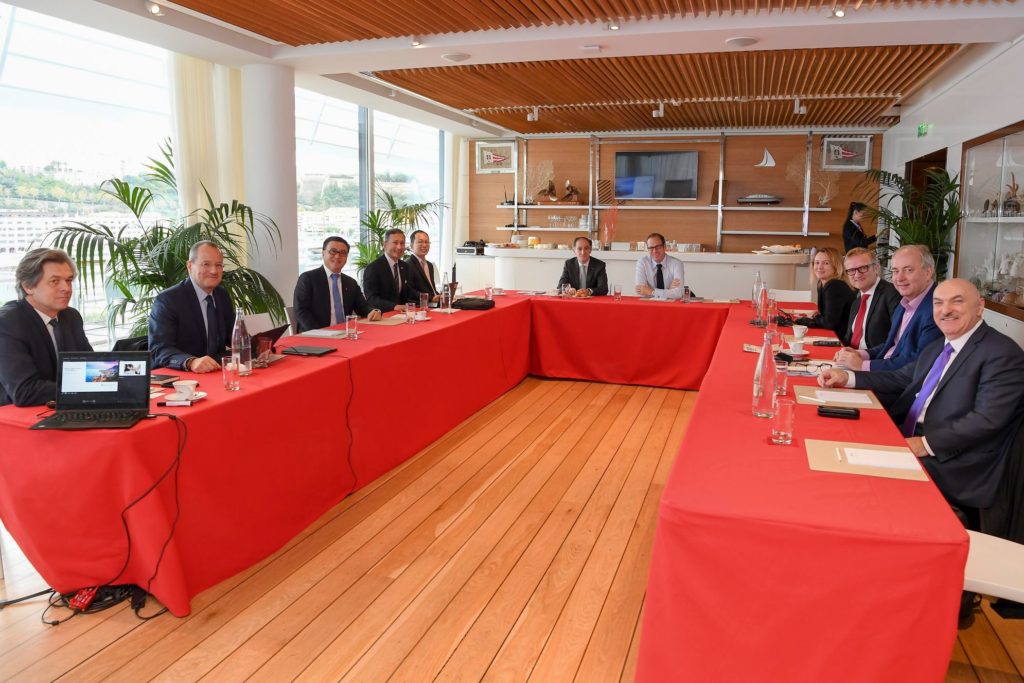 Since November 2018, the Principality has had a “high council” for digital issues: the Monaco Digital Advisory Council (MDAC), chaired by Prince Albert II. Led by Country Chief Digital Officer Frédéric Genta, the role of this group of digital experts from around the world is to put forward solutions to the key challenges that the Principality faces on digital issues.

The digital transition is the greatest challenge facing countries, businesses and individuals. The positioning of each entity and its ability to profit from this revolution will determine the winners of today’s economy and the economy of the future

The MDAC began by reviewing priorities and targets in key areas: infrastructure, the smart city, education, health, e-government and the economy (the focus of its 2019 meeting). The Council’s recommendations include an emphasis on the importance of formulating a detailed action plan, building a strong brand (now Extended Monaco) and developing a Monegasque smart city, based on the Internet of Things as well as a 100% digital administration. Connecting people, vehicles and infrastructure, promoting soft mobility, developing a platform using Blockchain technology… these things and more were all considered and have been implemented (or are in the process of being implemented) in the Principality during 2019 as part of a package of around 30 initiatives.

As a result of the #ExtendedMonaco programme, 2019 has been a year full of action, particularly in the fields of smart mobility (Citymapper, Monabike, self-driving shuttle, etc.) and e-government (online services, IT equipment and training in digital tools for civil servants and government employees, pilot digital passport scheme, etc.). According to a UN survey, Monaco even doubled its e-government development index score between 2016 and 2018, exceeding the world average in online services, and this is just the beginning. The country fully intends to achieve the European average, a level more appropriate to such a modern country.

Significant milestones achieved: from 5G to coding in schools

The first pivotal moment was in summer 2019, when the Principality became the first country in the world to roll out 5G across its entire territory, in partnership with Huawei. This roll-out represents an important driver of growth for many sectors of the economy (the smart city, media, transport, e-health) and a font of opportunities, including the use of smart drones by firefighters, the development of self-driving vehicles, telemedicine, and so on. Like 4G before it, 5G will open up a new range of possibilities that are as yet difficult to qualify and quantify.

Another specific achievement was the introduction of coding lessons in Monegasque schools. In September 2019, Monaco became the first country to promote coding lessons in school for pupils aged 5 to 16. All students, from the final year of nursery school (Grande Section) through to Year 10 (3ème), now receive an average of one hour of coding lessons per week, and this will soon be extended to older students, too.

Finally, Monaco is in the process of launching an ICO platform (to raise funds in cryptocurrency) backed by a legal and regulatory framework. The aim is to establish a virtuous circle: “Making alternative financing a reality and targeting businesses associated with the ‘positive economy’ allows us to create jobs and growth,” emphasises Frédéric Genta. The first business to benefit from this ecosystem and create jobs is Icebreaker, Oscar-winning director Luc Jaquet’s company, which is based in the Principality and specialises in producing environmental documentaries.

“The impact of digital technology on a country’s growth is estimated at between 1.5% and 6% of GDP”

The MDAC firmly believes that digital technology can help to open up a new chapter of prosperity for Monaco, by attracting both businesses and residents thanks to a legal framework and infrastructure which support the digital revolution. Some studies estimate the impact of digital technology on a country’s growth at between 1.5% and 6% of GDP. Certain “disruptive” technologies (virtual reality, the cloud, blockchain, robotisation, etc.) have given birth to an incredible number of new fields (e-commerce, cybersecurity, fintech, cleantech, social media, and more).

The Principality has an opportunity to become a digital leader

Monaco can therefore play its card and shape its future, targeting sectors of excellence which have already been identified as advantages, and even assets in the Principality. With 35 banks and 58 service companies, financial and insurance activities today account for 14% of Monaco’s GDP, followed by the scientific sector (15%). Taken together, the construction (14%) and real-estate (9%) industries make up the leading economic sector, accounting for 23% of GDP! A hub for tourism (with a selection of 4-star and luxury hotels), Monaco has distinguished itself in the fields of sports and events (AS Monaco Football, Formula 1 Grand Prix, Monte-Carlo Rally, etc.), health (hospital, Cardiothoracic Centre, Institute of Sports Medicine and Surgery) and yachting (with its brokers, historic regattas and renowned Yacht Club designed by Sir Norman Foster).

The Principality enjoys an undeniable advantage: its size. By increasing their competitiveness and appeal, small countries have carved out the lion’s share of the current digital revolution for themselves. According to an IMD survey, eight of the top ten countries in this area have populations of less than 20 million – including Singapore, Switzerland, the Netherlands and Hong Kong.

In Europe, Denmark has positioned itself as a leader of the digital transformation, encouraging digital commerce and industry and providing the best possible technical and regulatory environment to support the digitalisation process. The country aims to ensure that its citizens are equipped to fully embrace today’s digital revolution. This Scandinavian nation – small in terms of its population – now ranks first in the Digital Economy and Society Index as well as in the European Union’s eGovernment Benchmark.

Other small states are standing out in niche sectors: Lithuania, for example, has become a European fintech hub with 170 fintech companies and 2,600 people working in this sector in 2018. This point of entry into the European financial market brings together a lot of talent from the banking industry and from the world of new technology, attracted by a regulatory framework that allows fintech companies to start up very quickly. Could this be a model to follow?

According to the MDAC, Monaco has a real opportunity to become a digital leader, particularly in light of its advantages: the Principality, which is the second smallest country in the world after the Vatican, enjoys strong annual economic growth compared with other European countries (+6.1% in 2018). The digital economy already accounts for 5% of the country’s GDP, a figure which is set to rise over the coming years given the digital transformation being driven by the #ExtendedMonaco programme.

It is worth noting that this digital transformation can also benefit state coffers: Estonia, the country which leads the way on e-government, is said to have made savings equal to 2% of its GDP per year thanks to moving administrative procedures online…

The first two meetings of the Monaco Digital Advisory Council brought together prominent figures from the world of digital technology, representing both the public and private sectors (cf link to current paper and ecosystem). Secretaries of state, university professors, CEOs of leading digital companies – these experts offer their networks and businesses in service of the Principality, thereby becoming true ambassadors for the Monegasque digital transition beyond Monaco.

Connectivity, sovereignty and urban planning, as well as transforming the private and concession-operated ecosystem are key areas of their discussions. Vivian Balakrishnan, Singaporean Minister of Foreign Affairs in charge of the Smart Nation and guest of honour at the most recent meeting, spoke about the experience of a country which is symbolic of the digital transition. As the world’s fourth biggest financial centre, the Asian city-state has become a paradise for start-ups, especially in the fintech sector.

of the top 10 digital countries have populations under 20 million


GDP growth in the Principality in 2018

Economy
A dedicated law and platform for security token offerings

Businesses are increasingly turning to tokenisation in a bid to raise funds, relying on blockchain t...

With Monaco Cloud set to become operational in 2021, the Principality will become the first European...

Discover the project
Economy
Stimulating the economy through digital technology

“Today, more than ever, digital has become a strategic and critical issue for every country. That ...

The country’s highly effective education system, which has a 100% pass rate in the baccalaureate e...

Officially opened on 17 October in the presence of the Sovereign Prince, Edu Lab illustrates the Pri...