A key component of the Smart City and #ExtendedMonaco programme, the roll-out of an electric self-driving shuttle in the Principality reflects the Government’s determination to support the country’s energy and digital transitions. 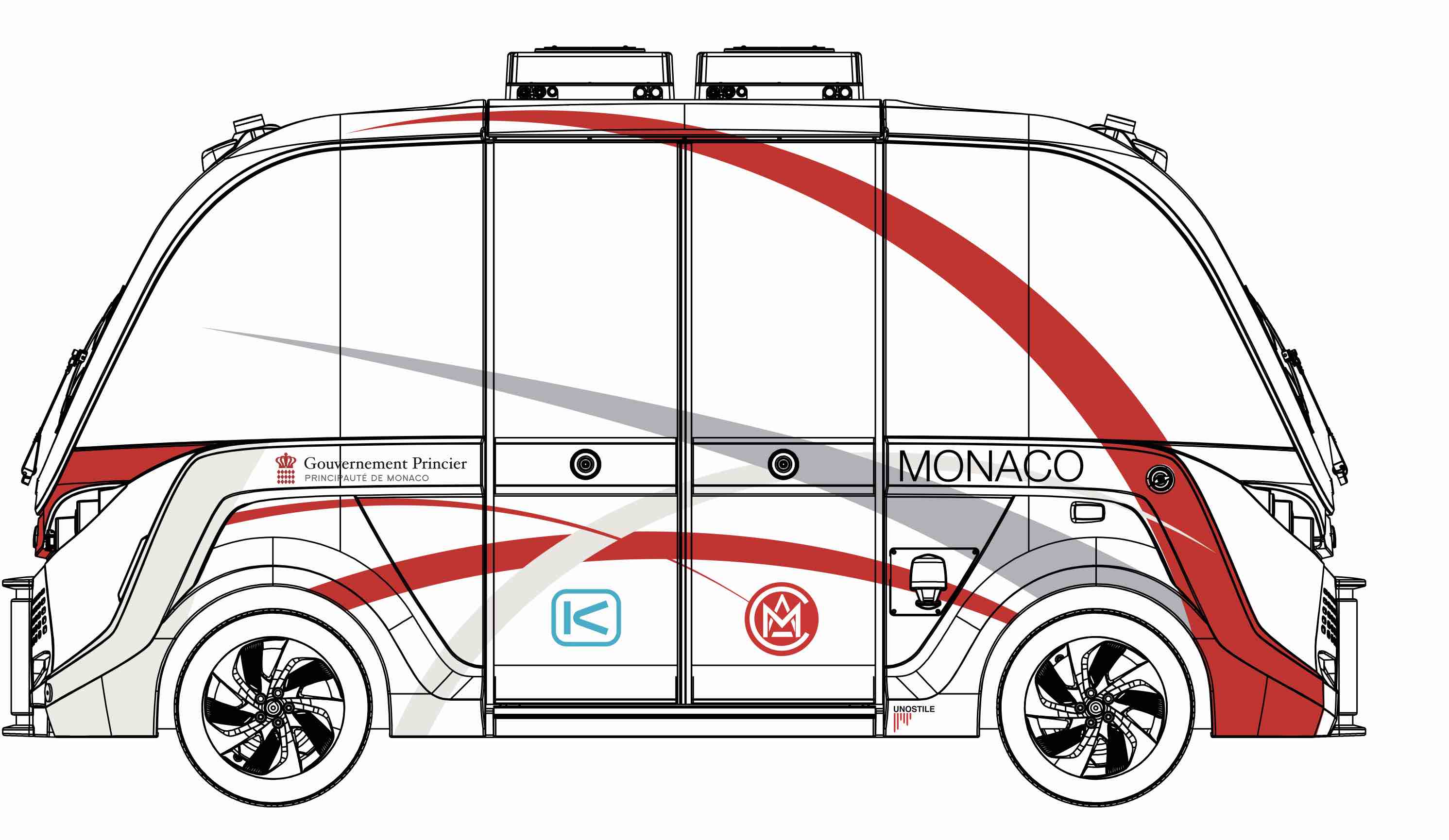 The project, which is being carried out in partnership with the Principality’s urban development teams, the Digital Transition Office and the Monegasque Bus Company (CAM), offers a glimpse into the transport of the future.

This learning phase has taken the form of an approximately one-kilometre loop, around which tourists and residents have been able to enjoy free use of a vehicle capable of carrying 15 passengers (11 seated) and travelling at a speed of 15 km/h between all four corners of the Rocher, the Principality’s historic centre.

The shuttle, manufactured by French company Navya, was officially launched on 3 July 2019 and operated by CAM in partnership with Keolis.

The shuttle is a genuine revolution in technology designed with users in mind. It meets the specific needs of a self-driving vehicle while optimising navigation and safety features. Navya’s solution is based on high-performance guidance and detection systems that combine several cutting-edge technologies (Lidar, cameras, RTK GPS, IMU and odometry).
Through the use of data collected by these various sensors and deep learning software, the shuttle is able to move around effectively and take the most appropriate decisions – without the need for a steering wheel or pedal!
Nonetheless, during this trial phase, the shuttle remains under the surveillance of an onboard operator, who can take over at any time and switch to manual control.

“The self-driving shuttle learns a route using information technology and then reproduces that route, calculating any differences compared to the route it learned – these differences might include pedestrians or red traffic lights. It operates by rebuilding its environment virtually using laser beams and receiving very precise data relating to its geolocation. When we, as individuals, use a GPS device, we are connected to an average of three or four satellites. When this shuttle operates, it is connected to between 12 and 16 satellites, which enables it to know its geolocation to the centimetre,” explains Georges Gambarini.

The trial carried out this summer on Monaco’s Rocher provides an opportunity to gather a huge amount of information to facilitate future use. This large-scale trial made it possible to see if the right cultural, operational and technological practices were in place, and to bring together significant characteristics that are very interesting in helping us to learn, such as testing the quality of the GPS network in the Principality and analysing the shuttle’s ability to navigate through narrow or heavily pedestrianised areas. A satisfaction survey was carried out among a mixed group to gauge the response to the initiative.

89% of users felt that this service could eventually complement the existing bus network.

“What we learn from this trial will feed into long-term work to prepare the Principality – in terms of technology, regulations and operational factors – for the soft mobility options of the future,” adds Georges Gambarini.


large-scale trial on the open road in the Principality