The Monaco Government is launching Operation Klaxit Monaco to give a boost to car sharing in the country. The State is funding 100% of journeys under 30 kilometres for three months.

The figures say it all. More than 100,000 vehicles currently enter and leave the Principality on a daily basis. Around 70% of the 50,000 commuters drive to work. With a vehicle occupancy rate of 1.1 people… All these return journeys result in traffic jams, pollution and stress for the employees concerned. It is for this reason that the Monaco Government has decided to switch up a gear and clearly promote car sharing, with the aim of reducing traffic density to 1990 levels. 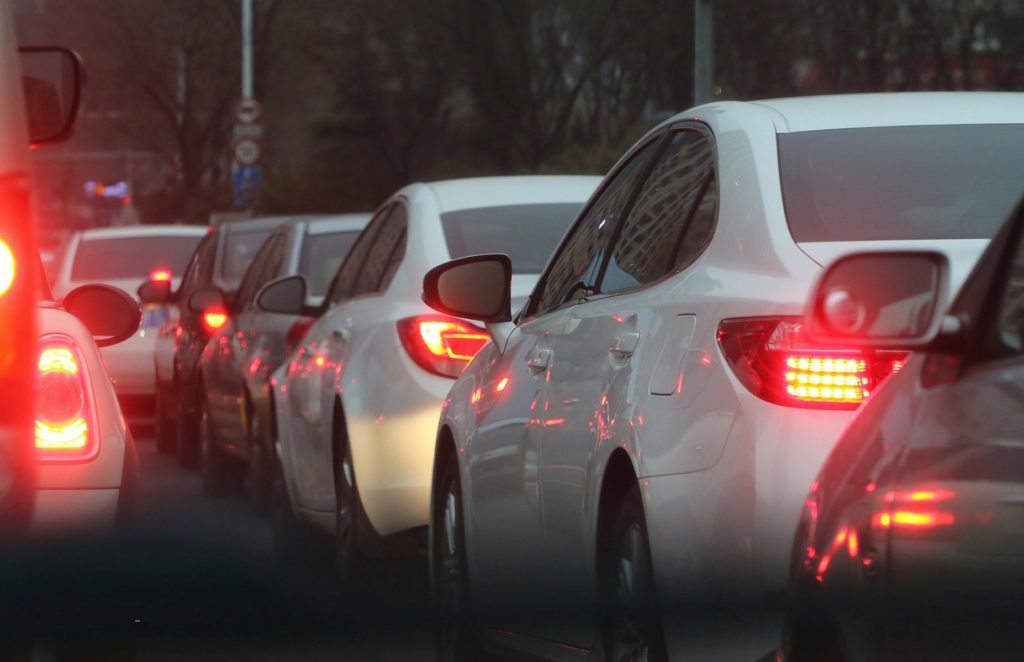 Car sharing is one of the solutions that is currently being introduced or studied (alongside teleworking, opening of the Beausoleil slip road, rail services, water buses, etc.) in pursuit of a single environmental goal: “As part of its strong commitment to achieving carbon neutrality in 2050, Monaco is seeking to reduce car traffic, within this timeframe, by 20% while absorbing additional traffic resulting from the Principality’s economic development,” says Marie-Pierre Gramaglia, the Minister for Public Works, the Environment and Urban Development.

A strategy involving the public and private sectors

While car sharing has so far not taken off in the Principality – indeed, the monacovoiturage website was shut down in 2019 – the Government is now banking on Operation Klaxit to give it a fresh boost. So, what’s the strategy? The idea is to involve the private and public sectors in Monaco, and to draw on the success of France’s leading car sharing app for home-to-work journeys, Klaxit. “The Government and Klaxit are keen to develop a new car sharing option in the Principality, which will be significantly more effective because it will rely on companies, organisations and government departments,” explains Georges Gambarini. Employees arriving at the same place around the same time will find it easier to car share, particularly where there is already a relationship of trust and a feeling of genuine safety between colleagues who live in the same area.

Since September, 25 Monegasque organisations which have signed the National Energy Transition Pact, accounting for more than 9,300 employees, have been taking part in this year-long trial. “The aim is to quickly reach a ‘critical mass’ of users and to create a virtuous circle. The more people that sign up, the easier it becomes to find a car share partner,” stresses Georges Gambarini. “The commitment and approach adopted by companies are essential in building an initial critical mass. Once we have 1,000 people signed up, we will begin to see a match rate that’s close to 80%,” adds Julien Honnart, CEO and founder of the Klaxit app.

Three levers are being engaged as part of Operation Klaxit:

“If successful, this new car sharing option could be expanded to cover all organisations in the Principality. The aim is for this to become a long-term project, stretching beyond the duration of the pilot,” says Marie-Pierre Gramaglia. The objective of the one-year trial, led by the Mission for Energy Transition and the Digital Transition Office, is to assess the performance and success of the Klaxit tool with Monegasque commuters, and to identify the ideal co-financing structure for car-sharing journeys. “Ultimately, we have set ourselves the goal of having 2,000 additional regular car sharers and thus 980 fewer cars on the roads every day across the Principality as a whole,” says Georges Gambarini. A steering committee will be set up to monitor the results and make decisions on any changes that should be introduced to improve this car sharing initiative. 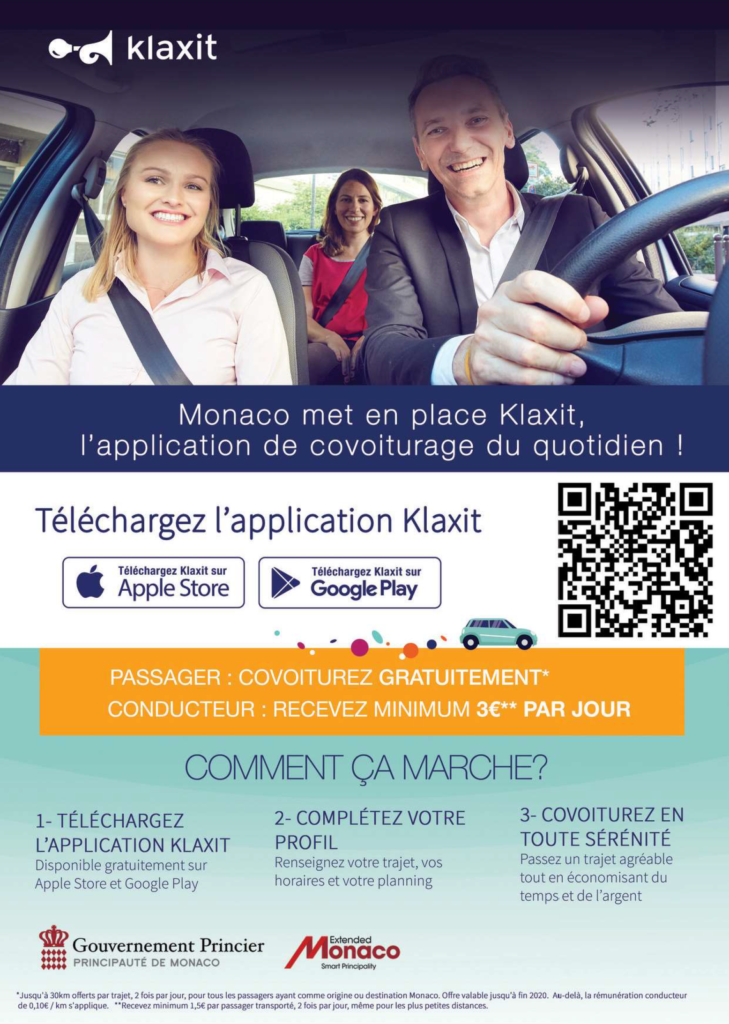 State to fund full cost of each journey under 30 kilometres

One of the flagship strategies of the pilot project is to provide co-financing for passenger journeys in a bid to achieve as many registrations and journeys through the app as possible. “Co-financing is also a way of guaranteeing that drivers and passengers, even regular ones, continue to use the platform for their car sharing. This provides the State and employers with data about car sharing,” explains Georges Gambarini. As part of the pilot project, the State will fund the full cost of each journey under 30 kilometres, from the launch in September to the end of 2020. This means that the first 30 kilometres will be free for passengers, and applies to 80% of employees who live in France or Italy and work in Monaco. The State will also fund 100% of journeys for two months following any further expansion of the initiative until summer 2021.

“Drivers receive 10 euro centimes per kilometre and per passenger. In terms of payment, Klaxit guarantees drivers a minimum of €1.50 per journey,” explains Julien Honnart. “Payments are generated using geolocation. The app knows that the driver and passengers have left and arrived at the same location at the same time.”

For the remaining six months of the year-long pilot, the State will contribute €1 for every passenger journey, with the remainder to be paid by the passenger, or by employers if they wish to do so. Following the pilot, and depending on the results achieved, employers in Monaco may be encouraged to take over from the State and provide co-financing for their employees.

The Klaxit app offers another major advantage that is bound to appeal to users: a guaranteed return journey home. “This is a partnership with our shareholder, MAIF. If a driver cancels a journey that was planned for the same day, this guarantee offers the passenger a free ride home by taxi or Uber, up to a limit of €50,” says Julien Honnart.

“Monaco is seeking to reduce car traffic, within this timeframe, by 20% while absorbing additional traffic resulting from the Principality’s economic development.”


journeys are made through the Klaxit app every day in Île de France, Nantes and Toulouse.


of the cost of each journey under 30 kilometres, from the launch in September to the end of 2020, is being financed by the State.


per journey guaranteed to the driver by Klaxit.